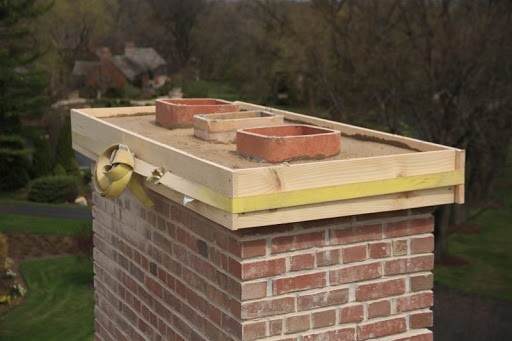 chimney caps are more than just decorative chimney system pieces. Though they come in different sizes and designs, these rectangular or circular metal-made devices play the vital role of keeping your chimney free from debris, insects, and animals. The Chimney Safety Institute of America even considers these caps as the most cost-effective way of preventing water from seeping into your chimney and subsequently, the buildup of high moisture levels that can damage the very structure of your system.

Take note that at some point in the future, these caps will succumb to natural wear and tear — or worse, they will be prematurely damaged due to harsh environmental conditions and more. That’s why throughout the year, you’d need to do a periodic visual inspection to ensure that your chimney cap is still in good condition. But apart from the inspections that you yourself conduct, experts advise that you need to invest in a professional inspection once a year.

In this article, we’re discussing ways to know if your chimney cap is already due for repair or replacement.

It has loosened during a storm. Chimney caps, especially those that are already old, are susceptible to blowing off or loosening when a storm or strong winds hit your area. After any harsh weather conditions, it’s a must to inspect your cap. A badly damaged one is a candidate for a replacement already.

It is heavily rusting. If a cap is being eaten out by rust, its structural integrity is being compromised. Prevent further costly repairs to your chimney system and replace your cap as soon as possible.

It is separating from the screen. A chimney cap also features a netting or a mesh screen. If the cap itself is separating from this screen, it will only allow the entry of debris and animals to your chimney system. Have your cap repaired by a professional before it gets entirely broken off of the netting.

There’s a creosote buildup. Creosote is a chemical that can buildup overtime in chimney systems. If the buildup has reached chimney caps, you shouldn’t waste time and do a thorough cleanup of your chimney system and while at it — replace the affected cap as well. A system with too much creosote is also considered a fire hazard.

There’s a clog in your chimney. As mentioned, the chimney cap protects your system from debris, water, insects, and more. If your chimney gets clogged by stuff that came from the outside, there’s a high chance that your cap is broken and not functioning well.

There had been a chimney fire. A chimney cap that belongs to a chimney system that has been engulfed by fire should be replaced immediately. There’s a high chance that it had been warped and therefore, become unable to deliver its core functions.

Do you need chimney inspection, chimney cleaning, or chimney caps installation or replacement? Contact us today at JCS Home Services!